Use Ticket Relationships to Enhance Your Workflow

To relate a ticket to another existing ticket, or create a new related ticket, open the desired ticket and click on the Related Tickets sub-tab. This tab will show three options: Relate to an existing ticket, Relate to a new ticket, and New subtask. The first two options allow users to relate the open ticket to another ticket as the Parent, Child, Related, Duplicated, Subtask, Before, and After. Each relationship is discussed in more detail below. 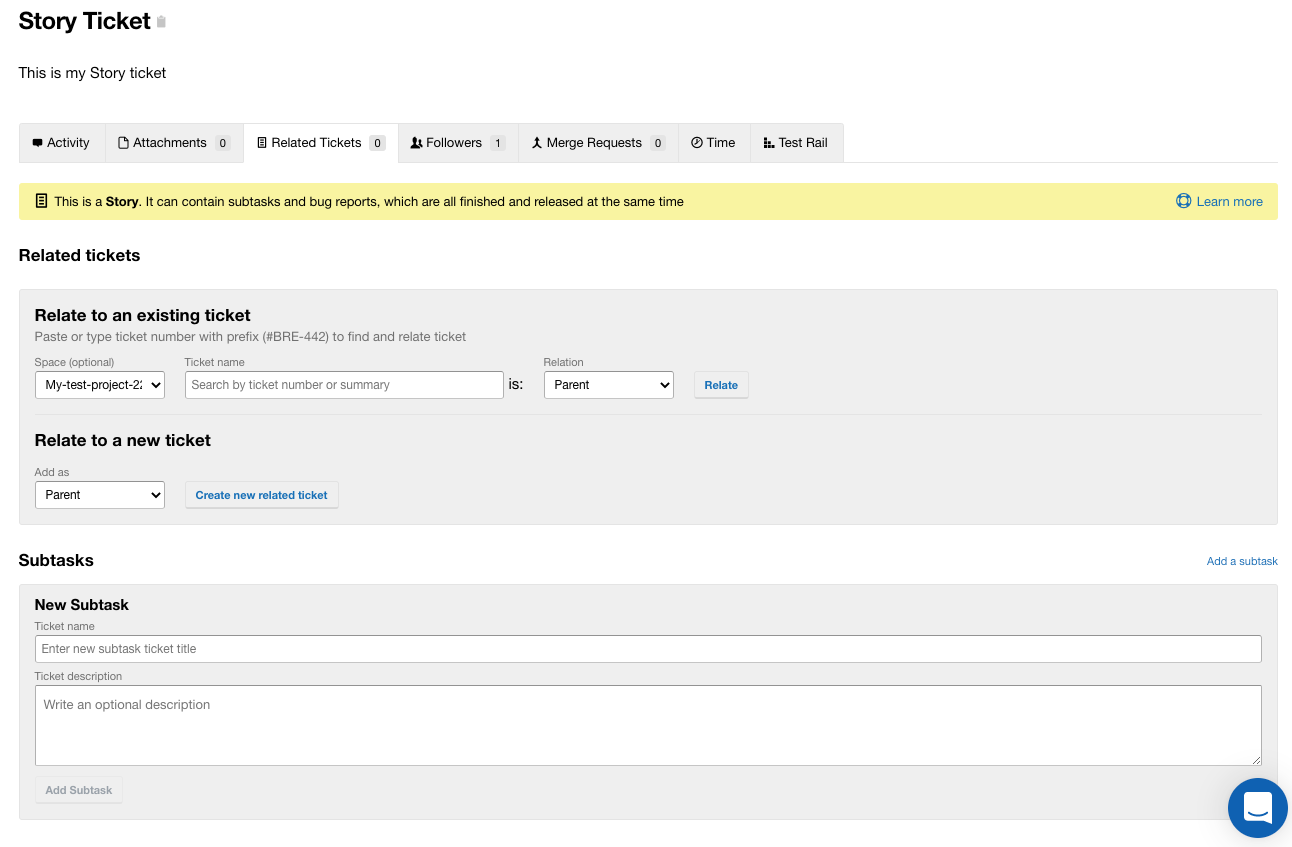 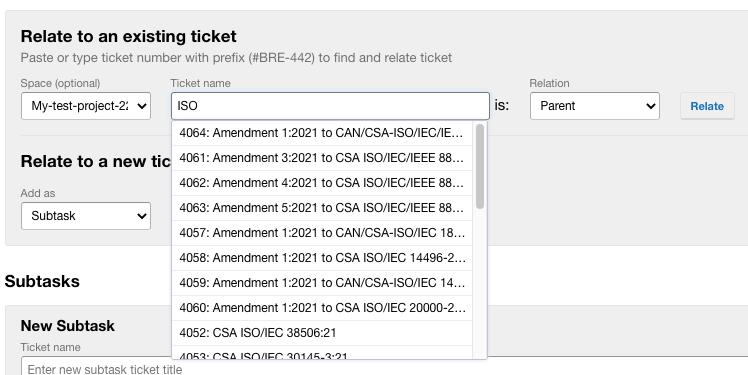 A Parent ticket is like an umbrella which encompasses all of its Child tasks. For example, say you want to create a ticket to collect feedback on a new feature. From each feedback point that you receive, you can create a Child ticket to address any associated issues. The Parent ticket is like a container for all of the feedback. To act on the feedback, you will create Child tickets for each piece of feedback that you receive.

As you could expect, if you would like to relate two tickets without a specific Parent/Child or Task/Subtask relationship, you can simply add a ticket with the Related relationship.

Have you and a teammate accidentally each created tickets for an identical issue or task? In this case, you would mark one of the tickets as Duplicated.

Similar to the relationship between a Parent and Child ticket, Subtask tickets can be created within the scope of a Task ticket. However, Subtasks are different because they fit within the much more structured Story/Task/Subtask dynamic. For example, a Story will describe what needs to happen and why to complete a big goal. Then, the big goal will be broken down into workable units known as Tasks. If the Task is too big, it will then be broken down further into Subtasks. More simply, Subtasks are used to complete a major task and Tasks are used to complete a Story.

Because Subtasks are used often, you can create a new Subtask more quickly under the open ticket by filling out the fields shown below and selecting Add Subtask in the Related Tickets tab.